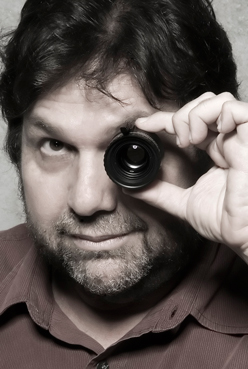 An Argentinian by birth and a long-term resident of Rio de Janeiro, Dario Zalis’ interest in photography began during his childhood years. Over the last four decades his work has made him an influential figure in Brazilian photographic circles. The owner of what he himself describes as an “eclectic style of photography,” Zalis has extensive experience in the three major image structure groups for clients in the corporate world, studio photo production and capturing images of people and scenes in Brazil and throughout the world. The artist’s client portfolio includes household names such as João Gilberto, Maria Bethânia, Alcione and Roberto Marinho, scenes captured to compile the website image banks of major corporations such as Vale, Multiplan, Neoenergia, NBA, Brascan, BarraShopping, Lojas Americanas, Klabin and Light, among others, as well as images produced for a number of best selling magazines such as Contigo, Marie Claire and Caras.

The highlights of his career include the latest images of the founder of the Globo Organization, commissioned by TV Globo, and the shot of Bossa Nova icon João Gilberto in pyjamas in New York. “I’m very eclectic, but I’m simply Dario. Every photo I take has my mark on it,” says the photographer, with the pride of one who has achieved excellence when capturing images in iron mines, shopping malls, stores and industrial units. A large part of the ability to switch between styles, while absorbing the best that each has to offer, and to construct a unique approach, can be attributed to his professional experience. Dario Zalis was born in Buenos Aires and has lived in Rio de Janeiro since the age of eight. He first became interested in photography during his childhood years, inspired by his elder brother, Sergio Zalis, and participated in his first photography course at the age of fifteen. After several years at the Faculty of Engineering, the certainty that he would become a photographer led to a job with ‘Manchete’ magazine, a prestigious publication in the early 80’s. A few years later, he established his studio in Rio’s South Zone, where he has worked for almost twenty-five years. Founder of one of the most respected studios in Rio, Dario went on to launch ‘ZNZ’ Agency in partnership with his brother.

These days, Dario’s work as a solo photographer encompasses a wide raft of disciplines that includes portraits, record covers, publicity, fashion, image capture for corporate publications and photojurnalism. This site provides a summary of the work of an individual who sees the camera as a musical instrument, one capable of accessing the internal perception of an image and transforming it into an external representation for the world.